What is best electric vehicle or hybrid vehicle

What are hybrid vehicles? 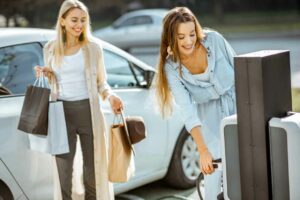 Since the late 1800s, automotive experts have been working on the development and marketing of hybrid vehicles. Despite this, the popularity of hybrid vehicles on the market is still relatively low due to the greater costs required in producing them on a vast scale. However, in order to meet the stringent emissions standards, automakers are continuing their research and development of more advanced hybrid technology. However, what exactly is a hybrid vehicle?

Because of the additional power that is supplied by the electric motor, the conventional engine may be able to be scaled down. When the vehicle is stopped, the battery may also power auxiliary loads, which cuts down on the amount of time the engine has to idle. These characteristics, when combined, result in improved fuel economy without compromising the performance of a hybrid vehicle.

There are two distinct categories of hybrid vehicles and they are plug-in hybrids and regular hybrids. The regenerative braking system and the internal combustion engine of standard hybrid vehicles are used to charge the battery pack, which supplies the hybrid with supplementary electric power.

In general, hybrids have shorter battery ranges than all-electric vehicles do. This is because the hybrid’s electrical capacity is designed more to support the driver’s ability to operate the vehicle while using gasoline and to assist in maximizing fuel economy. There is an electric-only driving mode available on some hybrids; however, this mode may only be usable at low speeds or for a limited distance.

Because many hybrids are programmed to automatically draw power solely from the electric motor below specific speeds, they are frequently far more efficient when used in the conditions that are typical of driving in cities. In the process of shifting away from fossil fuels and toward more renewable energy sources, hybrids are frequently viewed as a potential solution that could serve as a bridge.

What are electric vehicles? 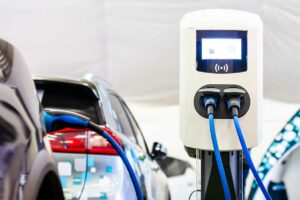 At least some of an electric vehicle’s power comes from electricity. Electric automobiles and trucks employ an electric motor that is powered by energy derived from batteries or a fuel cell rather than a conventional internal combustion engine that is driven by gasoline or diesel fuel.

When it comes to pollution of the air and emissions of greenhouse gases, electric cars are frequently more environmentally friendly than even the most fuel-efficient conventional vehicles.  Greenhouse gas emissions from battery electric EVs are comparable to those from a car that gets over 100 miles per gallon when fueled by the cleanest electrical grids. Charging an electric vehicle solely with power generated from renewable sources, can make both charging and operation of the vehicle almost emission free.

Although the initial purchase price of an electric automobile could be higher than that of a comparable conventional vehicle, the price difference is frequently mitigated by financial incentives offered by individual states. Because the cost to refill an electric car can be a fraction of the cost of gasoline, electric automobiles can have a cheaper total cost of ownership than gasoline-powered vehicles.

The type of fuel used is one of the primary distinctions between hybrid cars and electric cars. Both types of automobiles include batteries that are capable of being recharged when connected to an electrical source. The generation of electricity can originate from a wide variety of sources, including the combustion of fossil fuels as well as renewable sources such as sun and hydropower. In either case, environmentally aware motorists have the choice to reduce the impact of their transportation choices by making investments in renewable energy sources, such as installing solar panels on their homes.

However, hybrids have the ability to use either gasoline or electricity as their fuel source. Some hybrid vehicles are able to automatically switch between electric and gasoline-powered travel, depending on how the driver typically operates the vehicle. The availability of a gasoline-powered engine can make this a very attractive choice because it alleviates some of the anxiety that is associated with the restricted driving range of electric vehicles. Because gas stations are much more prevalent than electric vehicle charging stations, it is much more likely that a driver of an electric vehicle will run out of charge than the driver of a hybrid vehicle will run out of combined charge and gasoline. 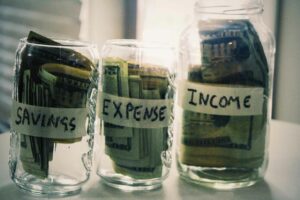 There are a variety of expenses that come along with having a vehicle, and one of them is the cost of fuel. Particularly pricey, car maintenance is a huge drain on the financial resources of every person who owns a vehicle. Unfortunately, hybrids encounter many of the same common maintenance concerns as internal combustion engines do as well. The cost of replacing components such as the engine oil, transmission fluid, coolant, and belts can build up during the lifetime of a hybrid vehicle, albeit at a rate that is lower than that of ICE vehicles that rely entirely on their combustion engine.

Electric vehicles don’t have the same expense concerns as internal combustion engines. They do, however, nonetheless have charges for upkeep in the form of universal automobile problems such as changing the tires, purchasing insurance plans, and fixing structural damage. Hybrids may not end up costing as much to maintain as standard internal combustion engines due to the fact that hybrids can rely on their electric motor to reduce the strain on their combustion engine; nonetheless, hybrids will still end up costing more to maintain than an electric vehicle.

Batteries in all-electric vehicles as well as hybrid cars have the risk of degrading over time. If you are still inside the battery warranty period for your vehicle and your battery declines past the guaranteed point, you will not be responsible for the cost of purchasing a new battery because the warranty will cover it. However, if the warranty on the complicated electric battery has expired, you may find that replacing it will set you back a sizeable sum of cash. Although the majority of EV and hybrid vehicle owners won’t have to worry about the cost of replacing their car battery, there is a risk that comes with owning an electric vehicle or a hybrid vehicle.

The majority of hybrids currently have lower purchase pricing than the average electric vehicle (EV), despite the fact that this dynamic is undergoing rapid transformation: Quartz recently provided an in-depth analysis of how the cost of EVs has decreased during the recent past. Since the hybrids have been available to consumers for a longer period of time, there is a much wider variety of used hybrid vehicles from which to select.

Hybrid cars have the same range as regular vehicles with gas engines, which is several hundred miles before they need to be refueled. Because plug-in hybrids must still rely on gas for longer journeys, their ranges can either be all electric or a combination of gas and electricity. The majority of day-to-day driving for many people who use PHEVs is completed solely on the power provided by the battery. The capability to get through the week with depending on gasoline is a reason for extraordinary fuel-economy, and this is especially true for those drivers who have Level 2 smart chargers installed in their homes.

The variety of fully electric vehicles available now is incredible, and it is only going to become better in the future. The majority of electric vehicles are capable of making it long days of driving without requiring a charge till the driver returns home. On a single charge, the 2021 Tesla Model S Long Range is capable of traveling 520 miles, that can fully recharge itself at home in only one night. And for those sporadic excursions on the open road, public fast-charging networks are mushrooming at an alarming rate. 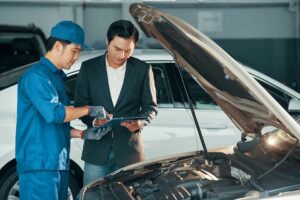 Because they have so few movable components, electric vehicles require very little maintenance. Tune-ins are not required neither the oil changes. Taking care of the tires, servicing of the air conditioning, occasional brake cleaning and fluid testing, and cleansing of the engine coolant are all included in the routine maintenance that is required for EVs. That sums it up nicely. When compared with the maintenance required for the conventional vehicles, which does not take into account any unscheduled maintenance, the cost savings soon build up.

According to research conducted by Consumer Reports, owners of electric vehicles spend roughly one-half as much on their vehicles over the course of their lifetimes as owners of internal combustion engine vehicles do.

Electric vehicles have maintenance costs that are approximately 33 percent lower than those of plug-in hybrid electric vehicles and are even lower than those of internal combustion engine vehicles. According to the findings of the analysis, the disparity in the costs of maintenance that exists between PHEVs and EVs tends to even out over the course of the cars’ whole lifespans.

Electric vehicles offer a completely unique driving experience in every respect: they are eerily silent, there is no discernible gear change, and they have blistering acceleration. 2On very short journeys, plug-in hybrid electric vehicles (PHEVs) and hybrids are able to provide some of the same performance benefits as electric vehicles (EVs), particularly if their engines are of the parallel kind. However, when viewed from this perspective, fully electric vehicles are the most impressive.

Do in-depth study on the many models available to you if replacing your current automobile with an electric or hybrid one is something you’re contemplating. Consider the ways in which owning an electric vehicle would change your day-to-day routine.

Do you, for instance, know the locations of the charging stations in your neighborhood and the approximate frequency with which you will require their use? Investing the time and effort to compile research and examine your findings before making a purchase decision will help you make an informed choice.