Benefits of using an electric vehicle in Singapore

You may be in the market for a new vehicle and set your sights on an electric vehicle (EV). Perhaps you want to limit your environmental effect or save money on gas, or maybe you simply like the look of the new Tesla and are sold on the concept of electric vehicles. But then you hear that niggling voice in your head asking, “Are electric automobiles worth the investment?” Before determining whether to go electric or not, it is essential to understand the advantages of electric vehicles.

THE BUSINESS TIMES reports that Singapore has made a significant push to adopt electric vehicles (in 2021. It was influenced by the government announcing several initiatives to encourage customers to make the switch.

During the next five years, the country will set aside $30 million for EV-related activities, such as measures to boost the availability of charging stations at private properties. There are also plans to install many charging stations in public carparks and private buildings by 2030, and it is higher than the primary objective of 28,000 stations.

Running Costs are low compared with the vehicles with a classic internal combustion engine.

The operating costs of an electric vehicle are significantly cheaper than the operational costs of a comparable fuel or diesel vehicle. As opposed to conventional vehicles that use fossil fuels such as gasoline or diesel, electric cars use electricity to recharge their batteries. Due to the lower cost of power, and the efficiency of electric vehicles, EV charging is more cost-effective than utilizing conventional cars. The usage of renewable energy sources can help decrease the effect of electric car use on the environment. The costs will be reduced more if you start utilizing renewable energy sources.

The use of gasoline and diesel is very harmful to our environment.

Carbon dioxide emissions are increasing due to our reliance on fossil fuels, which are ruining our environment. Toxic emissions from gasoline and diesel automobiles have been shown to have long-term negative consequences for public health. The environmental effect of electric cars is far lower than that of gasoline or diesel vehicles. From the standpoint of efficiency, electric vehicles can convert approximately 60 per cent of the electrical energy from the grid to power the wheels. In contrast, according to the International Energy Agency, gasoline and diesel vehicles can only convert 17 per cent to 21 per cent of the energy stored in the fuel to power the wheels. That is a waste of around 80% of the available resources.

The majority of the enjoyment of owning a car comes from getting out on the road and putting it to use. Many years ago, electric vehicles didn’t have the most appealing appearance, and many people had low expectations for how well an electric automobile might perform compared to conventional engines.

As more and more manufacturers enter the market with their own interpretations of the electric car, the performance levels of EVs have risen dramatically. Electric vehicles are lighter, and their acceleration capabilities can be surprising because they produce all of their power from a standing start. A few companies, such as Tesla Motors, have done a great deal to change people’s opinions of an electric vehicle. The Tesla Model S, for example, is one of the fastest-accelerating automobiles on the market, capable of going from zero to sixty miles per hour in just 2.5 seconds.

Of course, this isn’t the only way to evaluate a car’s overall performance. As a bonus, many electric vehicles (EVs) are more spacious than regular automobiles since they don’t have a massive engine; they also provide a smoother ride with lower noise levels than conventional automobiles. This is another significant benefit of using an electric vehicle in Singapore.

Your vehicle could be charged at your home. 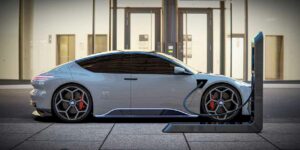 One’s ability to travel in a traditional vehicle is dependent on the price of gasoline, which might fluctuate greatly depending on world events. You will never need to stop at another gas station again if you own an EV. You can charge your device immediately from the comfort of your own house, thanks to a charging port installed in your home.

Consider the following scenario: you are at a crowded filling station, and the waiting process makes it late for your journey. With the use of an electric car, these issues can be readily resolved. You can charge your vehicle for a few before you leave.

These vehicles are identified as the most user-friendly in the motor sector. Electric vehicles are coming with a transmission with one long gear. Also, here you won’t face the issue of stalling that is very common in a gasoline vehicle.

It can make sure that you do not need the clutch mechanism anymore to ensure this won’t occur. So, what do you need to drive an electric vehicle? The accelerator pedal, the brake pedal, and the steering wheel, and that’s it.

A feature that could be vital is regenerative braking. The whole braking process is a loss of kinetic energy when it comes to petrol and diesel-powered vehicles. It is different in electric cars. Here, that energy is used in charging the batteries. That day is not far from when the oil supply will see its last, making electric vehicles more valuable.

Vehicle manufacturers such as Nissan and Tesla provide EVs with many benefits to the users. It will save you a lot of money.

On the other hand, there is no harmful impact on the environment from an EV. It means that you are doing your bit for the environment while saving yourself a good chunk of money. This adds to the benefits of using an electric vehicle in Singapore.

Cost and the battery life

A lithium-ion battery cell with its maximum capacity should be capable of withstanding 300 to 500 cycles. A good battery has the potential to endure up to ten years. It is projected that the cost of these batteries will continue to decrease as technology advances. 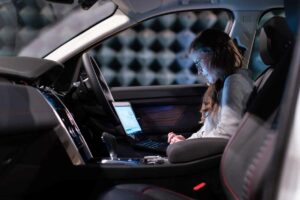 Electric vehicles are not subjected to the typical maintenance requirements imposed on gasoline-powered vehicles. The lengthy life expectancy of electric vehicle components saves money in the long term and relieves drivers of the burden of troubleshooting difficulties. Furthermore, the brakes on an electric vehicle often last significantly longer than those on a normal vehicle.

It only takes one ride in an electric vehicle to appreciate the superiority over a normal car. Making an EV start is a quiet operation devoid of the rumbling and vibrations present in a combustion-engine vehicle, with the only sounds heard on the road coming from the tyres and the wind.

On the other hand, some manufacturers are introducing innovative techniques in letting know the pedestrians when a car is on its way while maintaining the almost silent characteristics of electric vehicles.

The EV owners could be a part of the “Go Green Initiative.”

Taking even a modest step in the right way can make a significant difference for the environment and future generations. Every move counts in a world where air pollution and carbon emissions are becoming increasingly problematic.

The “Go Green initiative” is one example of such a step. Going green is all about living a more ecologically conscious lifestyle that can contribute to the conservation and preservation of the natural world. It is possible to live a more environmentally friendly lifestyle in various ways, from decreasing paper waste and treating chemical items to recycling plastic and utilizing solar energy whenever available. If you are an owner of an EV vehicle in Singapore, you are already a part of this vital movement.

Electricity could be renewed, unlike petrol or diesel 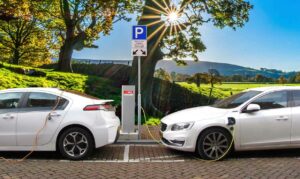 The problem with natural gas is that it is a finite resource because it is produced by refining oil. Oil is a naturally occurring resource. A closer look at natural resources and how they are being used will be necessary for light of everything regarding climate change right now.

As a result, electric vehicles offer a viable and appealing alternative. Electricity, in contrast to natural gas, which can theoretically run out, can be replenished. Using renewable energy sources, such as wind, water, or solar energy, it is feasible to generate electricity sustainably.

The resale value will gradually increase.

Because electric vehicles were first considered a niche product, their value did not hold up well at first, owing to a lack of a large market for them. However, due to government incentives, increased public awareness of climate change, and congestion charges, more individuals are considering purchasing electric vehicles. Furthermore, buying a secondhand electric car is a cost-effective method to enter the market.

Bid farewell to the gas stations

The days of stopping at a gas station to fill up your car are long gone. Instead, about 90 per cent of your vehicle’s charging is completed in your residence, transforming your home into a personal charging centre for your automobile. Infrastructure continues to improve, increasing the number of public chargers available in Singapore to support drivers of electric vehicles. Indeed, public charging stations, or electric vehicle supply equipment, are not as common as gas stations regarding number and location. Manufacturers of charging equipment, automakers, and government agencies are working together to quickly build a national network of public charging stations across Singapore to ensure that electric vehicles (EVs) can be accommodated as the country transitions to an all-electric future.

Even though transportation is a vital component of our lifestyle, the conventional internal combustion engine is rapidly getting obsolete. Vehicles powered by gasoline or diesel emit significant amounts of pollution and are currently getting replaced by EVs. EVs that are 100% electric emit no exhaust emissions and are significantly better for the environment than conventional automobiles. You can be a part of the electric vehicle revolution already underway. Will you be purchasing an electric vehicle shortly?