What is an electric bike?

You can get many of the same benefits from riding an electric bike as you would from riding a regular bike, with the added convenience of having motorized power available as per your request, whether you’re looking to forgo the use of a car on your commute to work or you just want to make it easier to ride to the top of the trails.

In simple words, an electric bike, often known as an e-bike, is a bicycle with a built-in electric motor. This motor provides assistance to the rider while they are pedaling. The power for the motor will come from a battery that is rechargeable and is attached to the bike.

To be considered an electric bicycle, the engine must assist you in your pedaling rather than act as your sole source of propulsion. As a direct consequence of this, you will need to pedal in order to receive that help. The amount of power that the motor delivers is controlled by both the amount of effort that is being put into pedaling and the level of assistance that is being decided by the rider.

What are the benefits of having an e-bike? 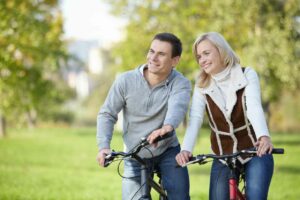 E-bikes have proven to be beneficial to blood circulation. Also, it is proven to help you relieve your stress When used on a regular basis, the battery-powered bike provides the rider with a consistent workout for the muscles. Because of this, your muscle cells are able to take in more glucose, which provides them with the additional energy they need to perform the activity. This causes a chain of responses within your body that speeds up your metabolic rate and improves blood circulation to your muscles as well as the rest of your body.

According to research published in The Journal of Applied Physiology, adults who engage in moderate exercise on a regular basis, such as riding an electric bike, have a 29 percent lower risk of developing an upper respiratory tract infection when compared to adults who do not engage in any form of physical activity. According to a story from Reader’s Digest, researchers at the University of California, San Diego discovered that a boost to one’s immune system can be achieved with as little as twenty minutes of exercise that is tailored to one’s current level of fitness. Because you are able to cycle for longer periods of time on an e-bike, your metabolism and the strength of your core muscles can both benefit. 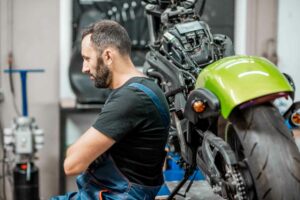 If you don’t take the right care of your electric bike, it can cause you more hassle than it is worth and end up costing you a lot of money. However, electric bikes are a terrific way to go around, so it’s important to do so. Performing routine maintenance on your electric bicycle can keep it in the best possible shape for longer and lower the likelihood that it will require more extensive work in the future.

Now, you might wonder, how tough is it to maintain an e-bike. Do not worry even a bit. Put all thoughts of oil, spark plugs, and air filters out of your mind! Due to the lower number of consumable parts required, electric motorcycles are significantly simpler and more affordable to maintain. Even better, expensive components such as a clutch and gearbox are not required, therefore there is no need to worry about the possibility of these components breaking or needing to be replaced. 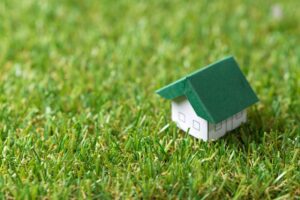 Electric bicycles offer benefits not only to its riders but also to the environment. Let us explain how. For example, they do not become bogged down in traffic, which means that you will not emit an excessive amount of carbon dioxide while you are facing traffic while traveling. When we talk about traffic and roads, we should mention that electric bikes do not put a significant amount of weight on the roads, which means they can help preserve roads for a longer period of time.

As far as this is concerned, it will result in a significant reduction in the amount of pollution that occurs when repairing damaged roads. You will also save time, which means you will have more time to devote to activities that are beneficial to the environment. In addition, they do not add to the amount of noise or pollutants in the air.

One can consider this as an environmental benefit as well. Let’s go riding an electric bike. Can you compare an e-bike with a train? Not with respect to size, obviously! LOL. An e-bike six times more efficient. In addition to this, they provide a mode of transportation that is friendlier to the environment, in addition to allowing for greater mobility without the imposition of rigid timetables and the choice to travel independently if so wanted.

Here is another important point. If you take the train or the bus, you should be aware that you will be sharing the cabin with other people, some of whom may be ill. The truth is that, COVID-19 epidemic, which has already caused the deaths of over 2 million people, is far from over. In such a juncture, electric bikes appear to be a safer and more hassle-free way of accessing the world.

It is a widely accepted fact that the environmental factors led to the current coronavirus epidemic. It can be interpreted as meaning that a potentially hazardous environment either fought back or was unable to do so, which led to the spread of a fatal disease that has already taken the lives of millions of people.

There are multiple ways in which electric bikes can contribute to the fight against the epidemic. They provide the opportunity for moderate activities. Also, as I mentioned earlier, e-cycling can keep you safe because you will be traveling alone in a safe distance, and it can benefit people who have pre-existing problems such as obesity and type-2 diabetes, which make such people more susceptible to COVID. Additionally, it helps improve both cardiovascular and mental wellness. E-biking will contribute, in the same way that a healthy nation can contribute to a healthy environment, to a world that is healthier overall. This is the fundamental argument.

You who are reading this article are now already aware of how the environment can benefit from you riding an e-bike. To a greater extent than anything else, we are serving as examples of how amazing and enjoyable riding electric bikes can be. At the moment, our electric bikes are considered to be curiosities to many out there looking at us.

Nevertheless, the more we ride them, the greater the likelihood that they will become an accepted part of society, which will eventually lead to a reduction in the number of cars on the road. When you ride an electric bike, you get the distinct impression that you are at the vanguard of a revolution, one in which you yourself may play a part by showing off how cool your electric bike is.

Reduction of congestion in the cities 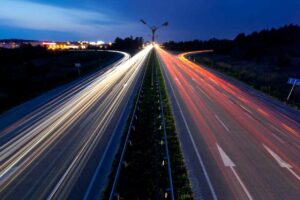 It is clear that electric bicycles serve the same role as vehicles, but with additional advantages. If more and more people started using them as their primary method of transportation, it would not only have the benefits that were described above, but it would also help reduce congestion in cities. This would have a good impact on everyone.

In addition, the greater the number of individuals who ride electric bicycles, the more open space there is for others to appreciate. You never thought this way, right? Not only can the use of an electric bicycle benefit individuals on their own, but it also benefits communities as a whole.

You can travel a long distance than you expect

Electric bicycles make it possible to travel for extended periods of time. More than 120 kilometers can be traveled on a single charge when using a bike that is powered by its batteries. You will not only be able to build up high levels of endurance if you are able to cover this distance in a single ride, but you will also be able to bike through more places all in the same ride.

This is due to the fact that electric bicycles come equipped with a Pedal Boost and Throttle mechanism, which allows riders to cover greater distances with less effort. In addition, you may rely on the Pedal Boost to alleviate some of the tension that is associated with pedaling. You have the ability to build a lengthy tourist route with the use of e-bikes, allowing you to visit the majority of Barcelona’s most popular attractions in a single outing.

The team at MNL Asia has written this article in the hopes that it will persuade you to begin riding an electric bike as a mode of transportation in Singapore. Also, please keep in mind that you can get in touch with us at any time with any questions that you might have.